I Walk into a Large Whiteboard Room

[My humble innovator’s (near verbatim) tribute to the opening of Twyla Tharp’s The Creative Habit.] 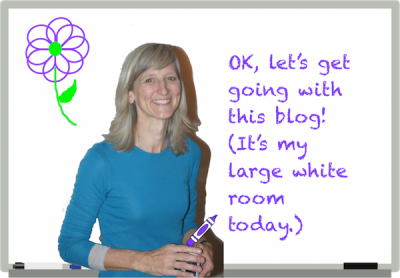 I walk into a large whiteboard room. It’s an innovation room in the heart of Silicon Valley. I’m wearing a casual sweater, skinny jeans, and yellow ballet flats. The room is lined with walls of whiteboards. There are rolling organizers of markers, Sharpies, and Post-It Notes in the corner. The whiteboards have been wiped clean, if you don’t count the thousands of ghostly traces left there by other innovators sketching lists and diagrams. Other than the whiteboards, the rolling bins, the marker traces, and me, the room is empty.

In five weeks, I’m flying to Osaka with a team of six engineers and designers to present a new concept to eight business units in two days. It’s my team. I’m the innovation leader. I have half of the concept in hand—a idea for an emotion-detecting dining room lamp to be sold to Japanese families, who often communicate through their house asynchronously (as when the father coming home late from work “reads” the lights in the windows and the shoes in the front hall to know who is home and in what state). I developed a prototype more than a year ago with several of these same engineers, and I’ve spent the past few weeks promoting it to executives around the company.

The scope of the concept will dictate how much design time I need. This, in turn, means sending out emails to engineers, designers, and managers, scheduling conference rooms, and getting the ball rolling—all on the premise that something wonderful will come out of what I fashion in the next few weeks in this empty whiteboard room.

My engineers and designers expect me to deliver because products in the market represent their livelihood. My contacts in Osaka expect the same because they’ve taken a risk by scheduling top executives with the promise that they’ll see something new and interesting from me. My innovation center president expects it as well; if I don’t have a deck of convincing slides and a working prototype to show, his reputation will suffer and he may lose funding next year. That’s a lot of people, many of whom I’ve only met through email, counting on me to be creative.

But right now I’m not thinking about any of this. I’m in a room with the obligation to create a major new business concept. The engineers and designers will be here in a few minutes. What are we going to do?

If you want insight into how to move forward in your creative room, please continue reading the inspiring original! Meanwhile, I’m just getting started with this blog, and I’m off to create…